On August 18th PAPW (Paradise Alley Professional Wrestling) took Mohegan Sun Casino in Connecticut by storm. Fans came out for a fun, family friendly night of pro wrestling which featured up and coming stars and legends of the past. Christian Casanova and JT Dunn lit it up and really tore the house down. They put on a steal the show style match to the fans delight. PAPW has been rising in the ranks and really making a name for them selves as of late. New stars being added to 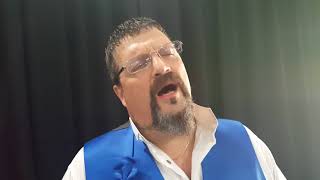 Exclusive! Catching up with Rich Palladino

Recently at XWA Wrestlution, I caught up with "The Voice of New England" Rich Palladino who is a long time wrestling announcer as well as a New England pro wrestling Hall of Famer (Class of 2008). 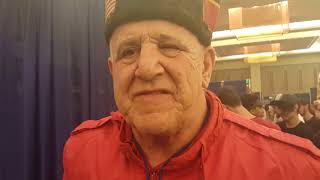 I had the pleasure of catching up with my old friend Nikolai Volkoff at ComiConn Foxwoods. Unfortunately Nikolai passed away just under a month after this was conducted. R.I.P. to a great man and a great friend in the wrestling business. 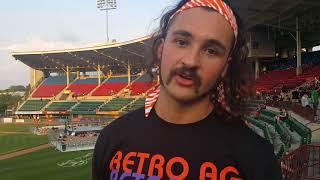 On August 10th 2018, we caught up with "Retorsexual" Anthony Greene at the BTW (Big Time Wrestling) show at McCoy Stadium in Pawtucket, Rhode Island. 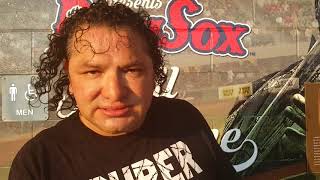 We recently caught up with former WWE and ECW superstar, Super Crazy at the BTW show in Pawtucket,RI at McCoy Stadium on August 10th! 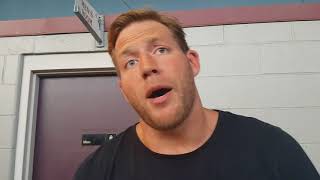 Members of the Four Horsemen are headed to New England Fan Fest 7!!

It has been made official!! New England Fan Fest 7 weekend will take place on Friday and Saturday June 7th and 8th 2019. That we already knew, but over the past week a lot of news has developed. Superticket guests have been announced and Warwick is in for an absolute treat. Members of the famous group known as the Four Horsemen are en route to this special weekend including "The Enforcer" Arn Anderson, Tully Blanchard, James J. Dillon and Barry Windham. This will be an extrem

Back at McCoy with Big Time Wrestling

BTW (Big Time Wrestling) made their third annual appearance at McCoy stadium in Pawtucket, Rhode Island. McCoy stadium, the home of the PAWSOX (at least for the remainder of the season) has been a fixture here in Rhode Island for so many years. With over 2,000 fans in attendance, this was a great evening of pro wrestling action for the whole family. There was a meet and greet two hours prior to bell time all around the concourse surrounding the stadium. Fans came out in drove

The XWA hits a home run in Warwick

Fans lined up early in order to meet and greet with some of their favorite pro wrestling stars. The annual event here in New England put on by the XWA, known as Wrestlution has become an event that fans look forward to all year. The site this years event was the West Warwick Civic Center, here in Rhode Island. Rob Van Dam vs. John Morrison headlined this huge event. The pre-show meet and greet featured Eric Bischoff, Paul London, John Morrison, Evan Bourne, Dr. Tom Prichard